A.J. “Augie” Mauser loves to talk about cigars wherever he's at - and that's important since his mobile store moves around so much, from downtown to many of Tampa's neighborhoods: Ybor City, Hyde Park, North Tampa and Seminole Heights.

His redesigned web site has updated all of his times, days and locations, including a site north of Tampa up in Pasco County at the Shops at Wiregrass in Wesley Chapel.

Wherever he's located, it's important to make sure that the cigars fit the customer.  Of course, that's easier to do if there's plenty of variety to choose from at  AJ’s Cigars to Go of Tampa.

“We take pride in knowing something about each cigar we sell so we can talk about those cigars with customers.  As you learn about what each person wants, you’ll know if someone will do better with a Maduro or a milder cigar.” 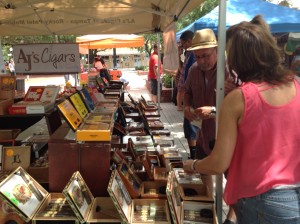 The newly modernized web site allows customers to see the many regular locations for the two, earth-toned cigar tents that are sponsored as Rocky Patel Mobile Emporiums with smaller “Aj’s Cigars” signs hanging underneath on each side.

As with most cigar stories, the friendly working relationship between Mauser and Wolfson shows it truly is a small world. 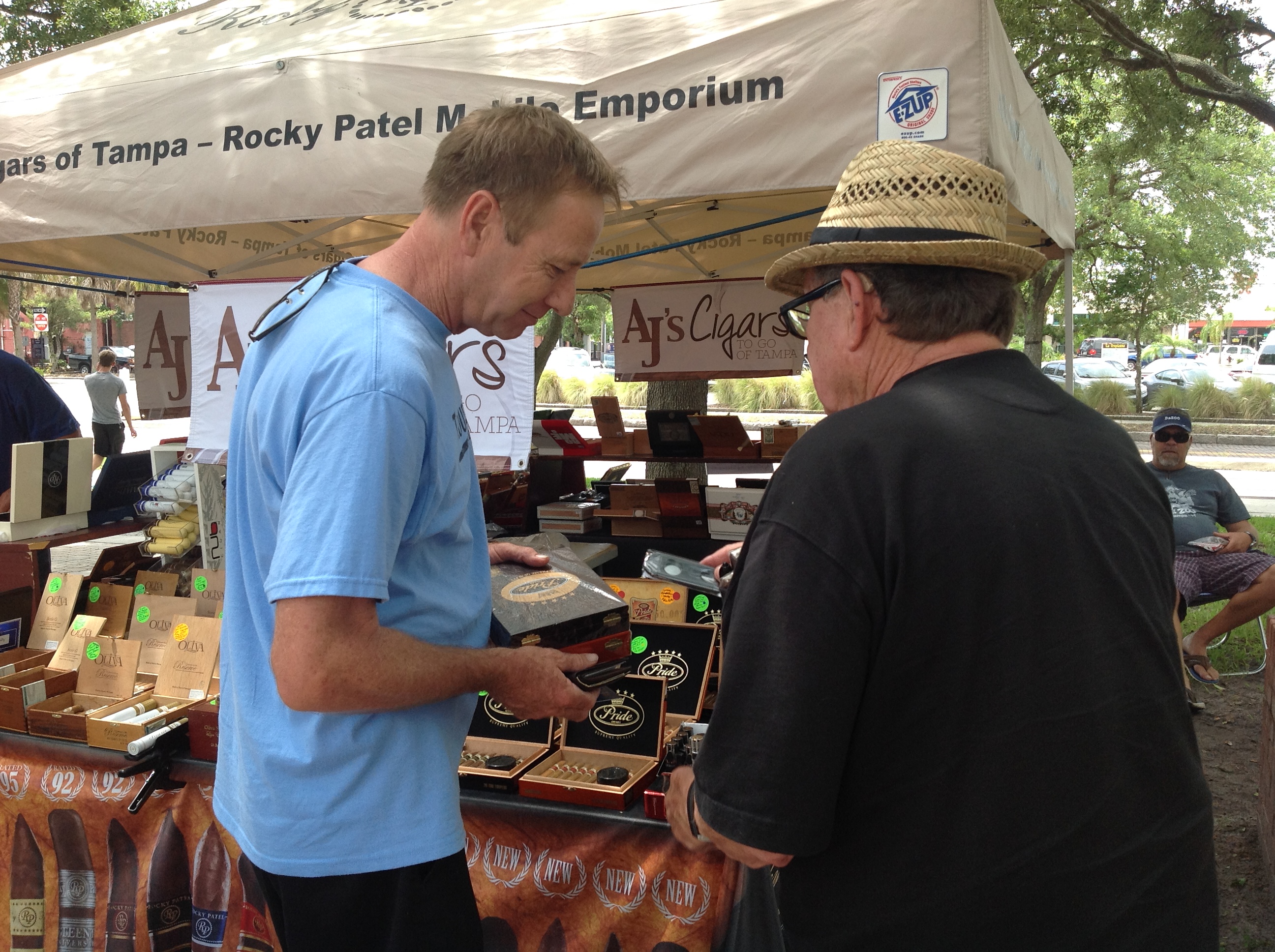 The two men met about 3 to 4 years ago at the Tampa Humidor on Busch Boulevard and within a few minutes they learned that Mauser’s wife, Jean, and Wolfson’s Jan had been coeds in the 1970s at Northern Illinois University.  In fact, it turned out that the two young ladies had lived in dorms across from each other.

For Mauser, the birth of his mobile cigar business – they also accept pre-paid orders online (money orders, cleared checks, etc.) but no credit cards – began way back in 1981 when he was living in Tampa and known as Dr. August J. “Augie” Mauser with a doctorate in children’s and adolescent special education.

His friends from the Midwest (his teaching honors include the Caleb Mills Outstanding Professor Award at Indiana State University) kept placing informal orders with him to send boxes and bundles of cigars from Tampa, which had a rich cigar-making and selling history dating back to the 19th century. 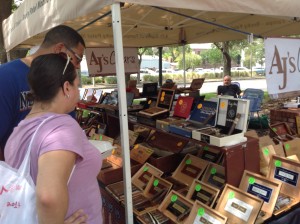 Mauser, who eventually was a department head at the University of South Florida’s Department of Education, received enough orders that by 1983 that he told himself “basically, I had better get a license and started a small, mail-order cigar business.”

About five years before he retired from USF in 2003, Augie started the mobile part of the business and has been on the road throughout Tampa Bay ever since.

There are different ways to enjoy the cigar lifestyle. In Tampa Bay, one of them is as a “roadie” for AJ’s Cigars.