Many cigar smokers are saying this is yet another example of overreach by the federal government into the daily lives of average Americans.

The proposed FDA changes have prompted Florida's governor to enter the fray on behalf of the rights of Floridians and the only remaining cigar factory in Tampa, the J.C. Newman Cigar Company.

Gov. Scott and Lt. Gov. Lopez-Cantera said in the letter that the "proposed FDA regulations threaten to create an undue burden on J.C. Newman and other premium cigar companies."

"To require these companies to charge $10 for a premium cigar would unnecessarily inhibit future sales.  Making matters worse, these artificial price floors only apply to small, family-owned businesses while big tobacco companies are unaffected.  In addition, requiring FDA approval for each new size, shape or brand  would require upwards of 5,000 hours of testing at the company's expense - a massive burden for a company like J.C. Newman, which simply does not have the financial bandwidth of national cigarette companies that have long incorporated these kinds of requirements into their bottom line."

- Gov. Scott and Lt. Gov. Lopez-Cantera in a July 2 letter to the FDA.

You had until Aug. 8 to file your public comment to the FDA’s proposed changes.

Read the FDA's Summary Page.  Click on the blue COMMENT NOW button on the upper right corner of the page.

The CRA offered several suggestions to help you assemble a comment to the FDA, including various messaged themes and closings.

The CRA said the proposed rules could “cripple the premium cigar industry by banning walk-in humidors, defacing or covering cigar box artwork and requiring manufacturers to submit their blends for “testing” before they can be sold.”

"Someone could come up with a new boutique cigar blend, but they wouldn’t be able to sell the SOB until the FDA completes its testing."

- Dr. August J. Mauser, owner, AJ’s Cigars to Go of Tampa, who also said that such rules could disproportionately hurt smaller cigar rolling outfits and manufacturers if the tests took too long and delayed a potentially hot seller from hitting the market.

Cigar Dave, a nationally syndicated radio commentator popularly known as ‘The General,’ was more strident in his opposition the potential changes for premium cigars.

"I have the 241 pages of government bureaucracy in my hand right here. This is absolute tyranny against freedom, against those of us who enjoy fine cigars that have a right under the Constitution to life, liberty and the pursuit of happiness. THIS, right here, is government at its worst: Two hundred forty one pages of absolute government bullshit."

Newman's plant in Ybor City could be forced to shut down if the new FDA regulations are implemented, a company executive recently said to the Tampa Tribune. 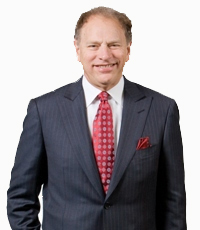 Eric Newman, president of the company operating the factory on North 16th Street, told Tribune columnist Joe Henderson that the new regulations, if implemented in their entirety, would require FDA approval before a company could add a new size, shape or brand.

The effect the FDA's proposed restrictions could be to increase costs so much that Tampa’s last cigar factory would close, Newman told the Tribune.

"This is a classic example of too much government and government overstepping its bounds."

- Lopez-Cantera said in the visit to the J.C. Newman cigar factory in a story and video offered by Bay News 9.

It offers a link to the FDA's public comments section, a form letter to download and send to the FDA and a PDF download that offers details about the proposed federal regulations that would impact premium cigars.

There also is a video report from News Channel 8 about Newman's efforts as well as a video showing some of the cigar-making machinery inside the Newman plant.

“New products are the lifeblood of any industry.  If it becomes too expensive to create a new product, we can’t stay in business.”

Mitch Zeller, Director of the Food and Drug Administration's Center for Tobacco Products, defended the proposed federal regulations, citing the threat to public health by cigars.

Zeller was quoted in a blogged response from WhiteHouse.gov to the CRA’s opposition to changes affecting premium cigars:

“Although tobacco products, including cigars, do vary, we know that cigars are not safe. All cigars, including premium cigars, contain the same chemicals and toxicants that are known to cause cancer and heart disease. FDA has several public health concerns regarding cigar use.”

The CRA and others have countered that Americans are more than capable of thinking for themselves when it comes to cigars.

The CRA notes that the issue has led to bi-partisan cooperation and legislation in the Congress to protect premium cigars from FDA overreach through excessive and unnecessary regulation.

“This bi-partisan legislation would decree that premium/traditional cigars should be off limits to FDA regulation and, 'to clarify the Food & Drug Administration's jurisdiction' in the 'sale, manufacturing and distribution of traditional and premium cigars.' Such legislation could have a profound impact on protecting the industry, from the fields and factories of Central America, to the supply-chain throughout this nation, to the community tobacconist, to enjoying a cigar in the local shop, club or back porch.”

- According to a CRA posting describing the pending Congressional legislation.